CASE Consultants were commissioned by Torbay Council to act as Civil & Structural engineering consultants for the proposed deck replacement works on Princess Promenade.  In addition to design and detailing services, this involved the preparation of contract documents suitable for Tender purposes.

East Promenade was constructed in the 1950’s and consisted of a rectangular suspended deck slab constructed from cast insitu concrete, spanning between a series of secondary concrete beams. Visual surveys and intrusive investigations identified a number of deficiencies with the structure, and this was evident in the form of spalling concrete and corrosion of the main steel reinforcement.  The severity of the defects varied greatly, with the most serious being the deterioration of the concrete slabs and the secondary beams forming the deck.

Following a detailed review, it was concluded that the front and rear principal beams and supporting concrete columns were serviceable and should be retained.  In order to ensure their longevity, these elements would be repaired and cathodically protected using an impressed current system as part of a subsequent Phase 2 remedial scheme.

The concrete spalling on the deck slab was considered to be so far advanced that replacement of the structure was required and this formed the basis of the Phase 1 contract.

Hydro demolition techniques were adopted to ensure that the secondary beams and deck slabs could be demolished without damage resulting to the reinforcement scheduled for retention.  This also provided the added benefit that dust levels could be closely controlled which was critical with the site being located directly adjacent to a prestigious private marina.

The Phase 1 contract consisted of the following stages of work:

Provision of a structural topping and a paviored surface finish. 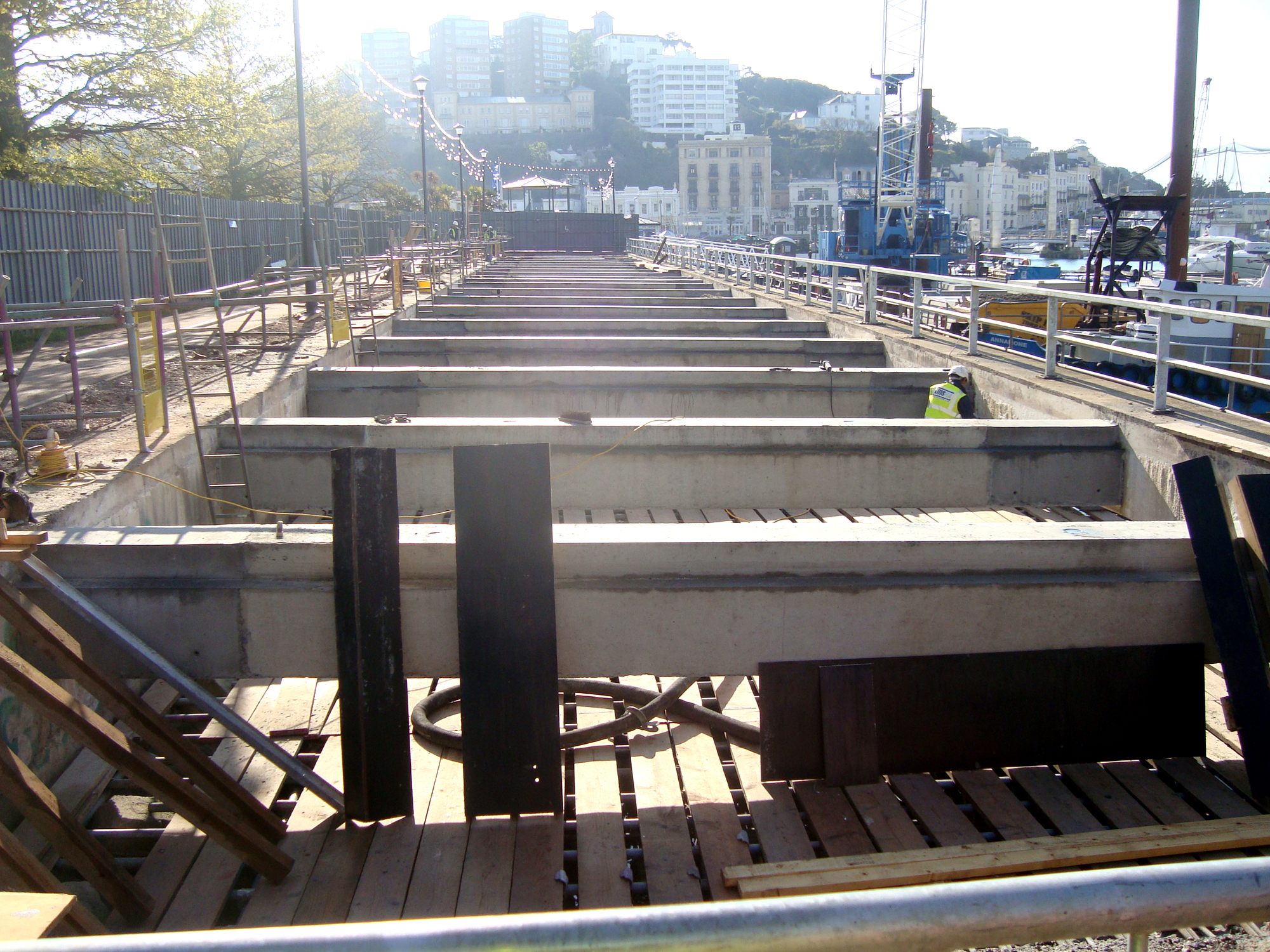 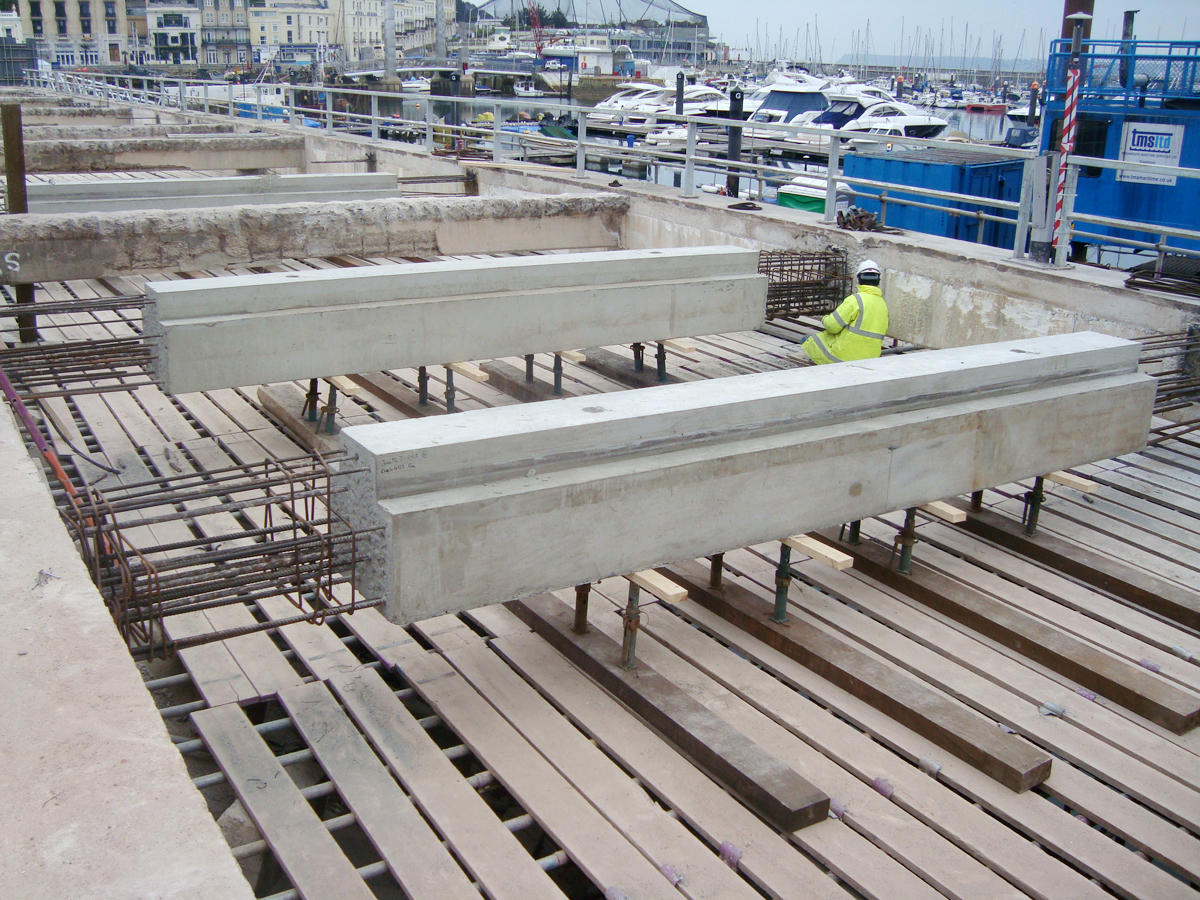 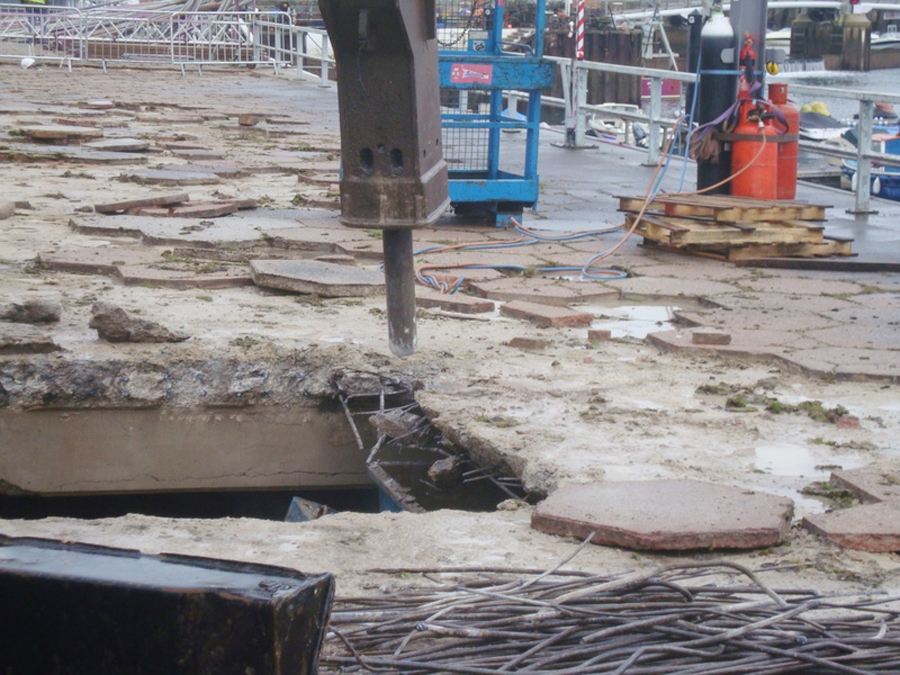