CASE Consultants were commissioned by Torbay Council to undertake the design of new rock armourstone and sprayed concrete overlay to strengthen the seaward face of Haldon Pier.  The appointment also included the preparation of contract documents suitable for Tender purposes.

Haldon Pier is approximately 140 years old and is located on the west side of Torquay Harbour.  The pier comprises limestone block and mass concrete facing walls, infilled with a mixture of rock and smaller quarry material, which is capped with a concrete deck. The pier is part of the outer harbour walls to Torquay Harbour and is; as a result, subject the effects of waves, tides and currents.

CASE Consultants were initially commissioned to undertake visual and intrusive surveys of the existing pier to gain an understanding of the structure.  This identified a number of deficiencies with the concrete foundation blocks and highlighted the presence of significant voids within the central core.  The lack of rock armour along a 90m length of the structure was considered to be a significant contributing factor to the re-occurrence of sustained storm damage to the masonry external wall.

As a result, a programme of repairs and strengthening was planned which initially consisted of the introduction of rock armour and sprayed concrete.  This followed a detailed assessment of the wave climate at the site to provide appropriate parameters to develop the design. 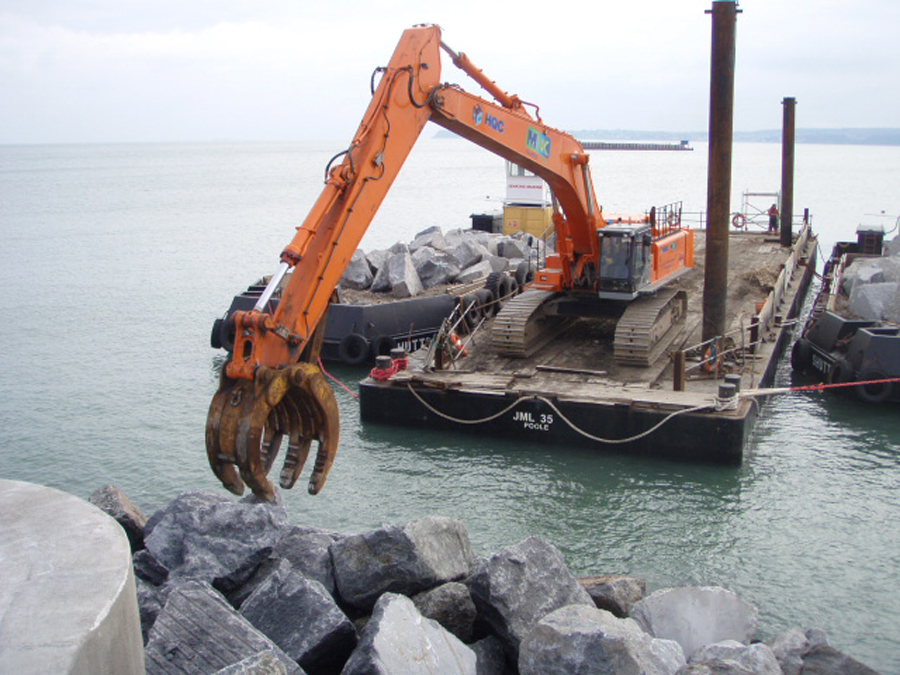 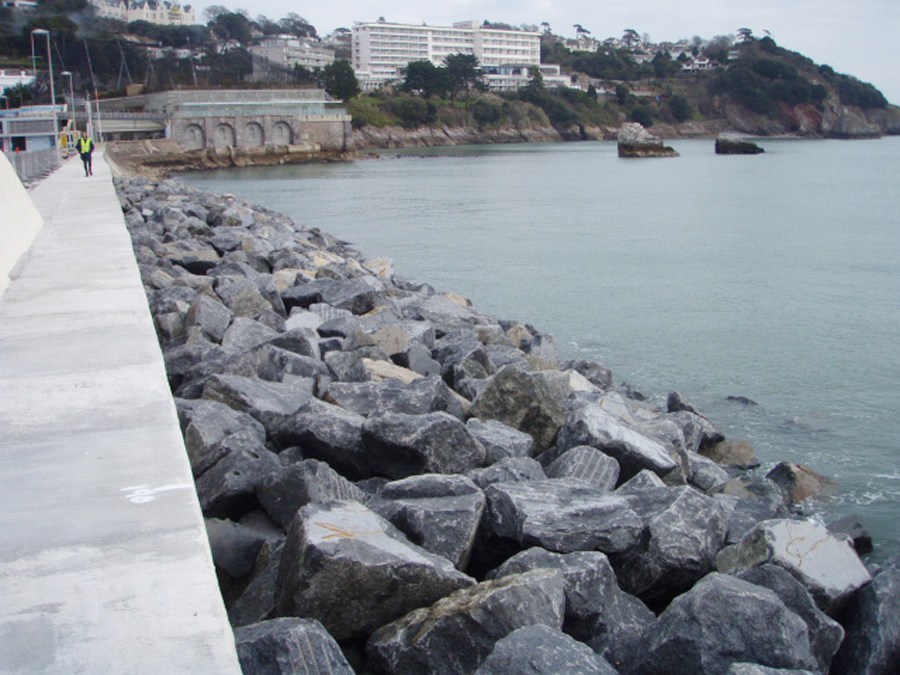