Livermead Sea Wall is approximately 130 years old and is located on the seaward side of Torbay Road between Livermead Head and Corbyn’s Head.  The wall comprises a limestone block retaining structure which supports the public highway and associated footpath and provides protection to the coastline from the effects of tide and wave action.

CASE Consultants were initially commissioned to undertake inspections of the structure and identified widespread deficiencies in the Limestone revetment evident as voids within the structure. As a result, a programme of repairs and strengthening works were planned which included the placement of rock armour along part of the length of the wall and infilling the larger voids in the revetment using a combination of placed mass concrete and sprayed concrete.

Following a period of sustained easterly storms a breach in the wall occured resulting in significant wash out of the fill material behind the structure.

As a result damage occurred to the rising main located in the footpath due to loss of support and impact from the displaced backfill material. In addition to this the public gas main was considered to be at risk and action was required to ensure that this was adequately protected.

In order to protect the public highway and reinstate the integrity of the Sea Wall, the following remedial works were carried out:

Installation of sheet piles over a 15m length (along the road side of the public footpath) to support the highway and protect the gas main.

Installation of steelwork shuttering on the seaward face of the wall tied back using welded bar to the sheet piles.

Placement of concrete mass fill under and behind the sea wall up to the required invert level of the repaired rising main.

Placement of foam concrete up to existing road level following completion of the pipe repair by South West Water.

CASE Consultants were appointed by Torbay Council to co-ordinate the emergency repair works and carry out the subsequent design and contract administration of the permanent works proposals. 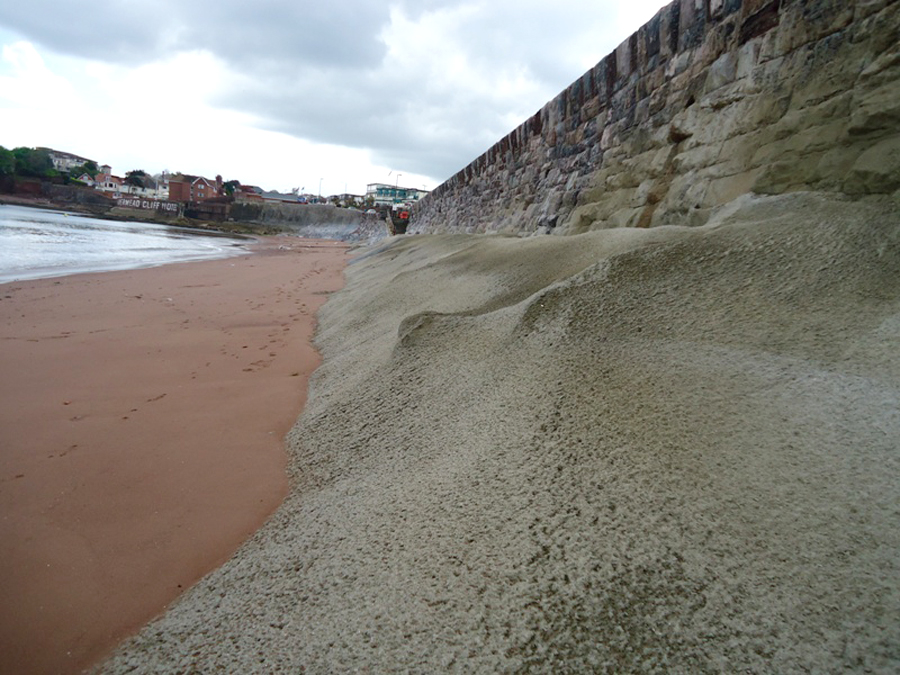 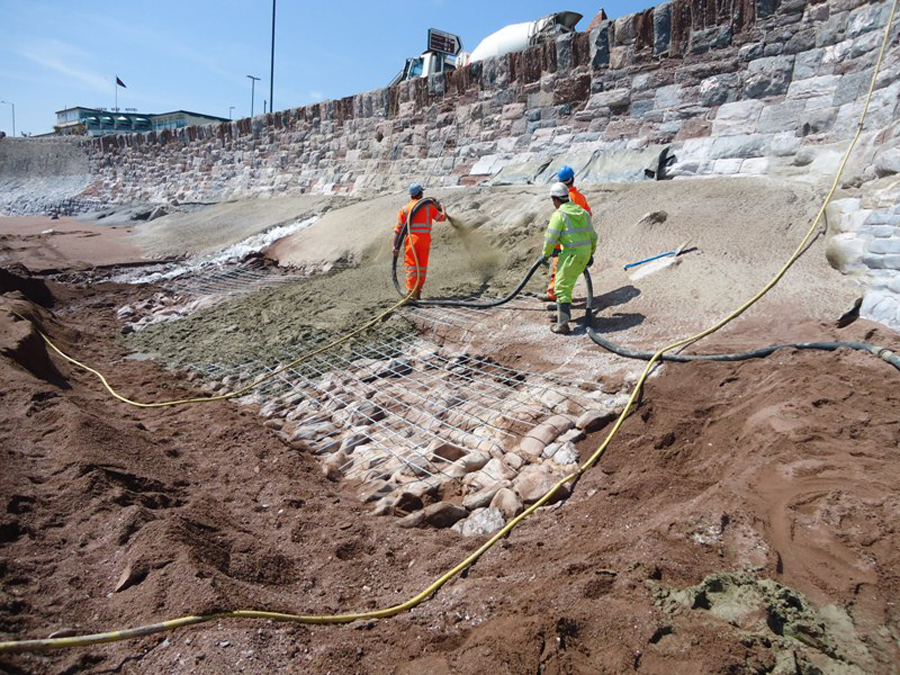